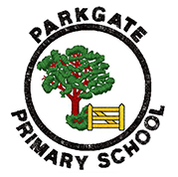 Opening the Gate to Success

The following information and documents were taken from the Coventry City Council website, and can we viewed directly by following this link (www.coventry.gov.uk).

Parkgate Primary School serves children between the ages of 4 and 11 years. Parkgate also has nursery classes which admit children in the academic year before they are due to commence school.

Coventry operates a co-ordinated scheme for primary admission arrangements. This means that the Council administer applications for all maintained schools in Coventry, as well as exchanging applications with other local authorities e.g. Solihull and Warwickshire.

You can now make a school application online.

The Authority cannot always offer places at a preferred school. If this is the case the child's name will be automatically placed on the Waiting List for community and voluntary controlled schools. If places become available, the Authority will allocate the places in accordance with the oversubscription criteria. Applicants may therefore move both up and down the list depending on whether others joining the list meet a higher ranked oversubscription criterion. Waiting Lists will remain in operation until the end of the 2018 Autumn Term. After this parents/carers will need to contact the Admissions Team by the beginning of each term if they want to stay on the waiting list for the rest of the academic year.

The Admissions Policy of the City Council in the event of over-subscription for Local Authority Community, Voluntary Controlled and Academy Primary Schools is:

All children with a statement of Special Educational Needs or Education, Health and Care Plan that name the school will be admitted before all other applicants.

If it was not possible to meet all the requests in any of the above categories the City Council has prioritise the requests by reference to the distance. A straight-line measurement has been made from the child's home address to the centre of the preferred school site. The address used must be the child's permanent home address. The shortest measurement has highest priority.

If you are in need of more advice or guidance at any time during the admission process, you can: